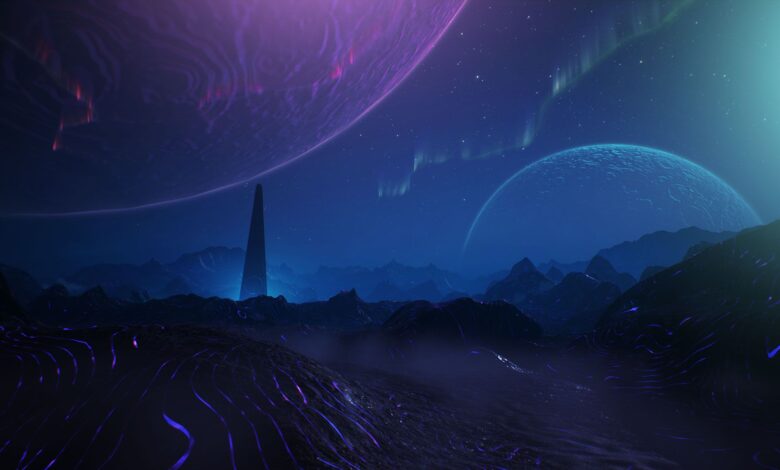 The internet has become a commonplace technology. Only 7% of Americans say they don’t use the internet, but 90% say it was critical during the pandemic. In the United Kingdom, 94.8 percent of the population relies on internet access.

When a corporation promises to construct its next version – the embodied internet or the metaverse, for example – it is certain to raise some important considerations.

What impact will the metaverse, a new internet experience, have on our lives? Will it have an effect on businesses and the way we work? And, most importantly, who is creating this new internet, which is expected to connect over a billion people by 2031?
What Does “Building the Metaverse” Mean?
The metaverse is a unified 3D virtual world in which people can congregate and undertake complicated activities using their digital selves (i.e. avatars).

Science fiction writer Neal Stephenson envisioned the metaverse as a metaphor for the real world, an embodiment of the internet, and a means of escape from reality.

After Facebook revealed enormous efforts in constructing the metaverse during its mid-year earnings call in 2021, the concept gained traction.

Soon after, it was rebranded as Meta, and tech behemoths like Epic Games, Microsoft, Niantic, and others opted to invest millions of dollars in the technology.

Soon after, it was rebranded as Meta, and tech behemoths like Epic Games, Microsoft, Niantic, and others opted to invest millions of dollars in the technology.

But what does it mean to construct the metaverse? The metaverse, unlike most virtual reality programmes, isn’t a single software platform that can be developed following the traditional agile development paradigm.

Rather, it’s a complicated digital world built on seven separate layers (as suggested by Jon Radoff, author of the blog Building the Metaverse):

1. Infrastructure — 5G, Wi-Fi, cloud, and high-tech materials such as GPUs are all examples of connectivity technologies.
2. Human interface – users will employ VR headsets, AR glasses, haptics, and other technologies to connect to the metaverse.
3. Decentralisation — Blockchain, AI, edge computing, and other democratisation tools
4. Frameworks for 3D visualisation and modelling in spatial computing
5. The creator economy consists of a variety of creative tools, digital assets, and e-commerce businesses.
6. Discovery – The content engine that drives interaction, which includes advertisements, social media, ratings, and reviews, among other things.
7. Experiences — virtual reality versions of digital apps for gaming, events, work, and shopping, among other things.

Here’s the fun part: there are currently over 160 companies operating across these seven sectors, and they’re all working together to construct the metaverse.

Right Now, the Top Companies Building the Metaverse
The industry was keen to refocus its investments and behind whoever would build the future when Facebook rebranded as Meta.

But who is it that is constructing the metaverse?

How can you define ownership for a concept that is basically decentralised and democratic? No single firm will own the metaverse, as Meta makes clear in its claims.

The metaverse will be built by a variety of organisations, individual developers, and grassroots innovators, as well as the final piece of the puzzle that we shall describe later.

Nonetheless, a few corporations have already begun to invest in this approach.
Epic Games are a series of video games that are
Epic Games, the creators of the popular immersive game Fortnite, was always well positioned to create the metaverse.

This year, it made its goals clear by launching a $1 billion investment round to help the metaverse flourish.

Facebook is a social media platform that allows (Meta)
The majority of the seven infrastructural aspects we mentioned that go into establishing the metaverse may be found on Facebook.

It may launch a workable prototype in 2-5 years thanks to its Oculus headsets, a big social media marketing engine, and a growing creator economy.

Niantic
Pokémon Go, developed by Niantic, was one of the first immersive experiences that blur the barriers between real and virtual worlds.

Now, the company has secured $300 million to create its own metaverse, which will be an alternative to the “dystopian horror” that the metaverse was originally thought to be.

Nvidia
Nvidia isn’t constructing a metaverse on its own, but it will be a vital facilitator.

Omniverse Enterprise, which allows artists to cooperate on 3D modelling, design, and simulation, was unveiled in 2021. The metaverse’s roots are laid by Omniverse, which mixes 3D visuals with AI and supercomputing.

Microsoft
Meanwhile, Microsoft is attempting to create a work-focused metaverse that will connect its massively popular offerings in a digital environment known as Mesh.

You’d be able to access Microsoft Teams, Windows, and other services in VR through Mesh.

Decentraland
Decentraland was one of the first companies to cite the metaverse as a core product.

Decentraland has progressively gathered traction since its creation in 2017, with a piece of real estate within its virtual reality realm recently selling for a record $2.4 million.

Apple
In the race to the metaverse, Apple could be a surprising dark horse. It is currently developing advanced virtual reality equipment that has the potential to transform the metaverse experience.

Morgan Stanley even went so far as to claim that, like the smartphone and tablet sectors before it, mass-market adoption of the metaverse is dependent on Apple.
Is it possible to attribute the creation of the Metaverse to specific territories?
This is an essential point since some experts believe the metaverse may function as a separate territory, almost like a nation-state, with its own economy and people.

While the majority of the corporations we covered are situated in the United States, the European Union, and the United Kingdom, China is also making inroads. China has steadily gained an advantage in the development of powerful AI, and the country manufactures the majority of virtual reality headsets.

It remains to be seen whether China’s tech behemoths, such as Tencent, would follow through on their nascent metaverse aspirations.

Why Are People Purchasing Digital Lands in The Sandbox, and Should You?