The popularity of NFT art continues to rise, but what other industries might the technology impact in the coming years?

Over the last year and a half, the nonfungible token (NFT) sector has exploded in prominence, thanks to ventures like Bored Ape Yacht Club and CryptoPunks.

While the prospect of earning a six-figure sum for the latest hot digital art creation has sparked interest, the truth is that the crypto industry has barely scratched the surface of what NFT technology can do.

Here’s a breakdown of some of the next frontiers in NFT technology development that could have a significant impact on everyday life.

Even in the digital era, medical records and identification documents are important pieces of information that are simple to misplace and difficult to replace. This is one area where NFT technology can provide a broad range of practical applications that most people can benefit from.
Instead of entrusting the recording, management, and tracking of an individual’s medical record to huge health institutions, a unique NFT ledger assigned to each person can keep all medical information while retaining confidentiality and privacy.

This would also allow a person to choose what information is shared with a health practitioner while keeping less relevant personal data private.

It’s likely that this procedure will start at birth, with a healthcare professional or government agency issuing an NFT birth certificate to neonates. This is also the beginning of creating a digital record of identification that can be traced in NFT format.

Individuals will be able to control what information is revealed when identifying information is necessary using digital forms of identification, such as an application that verifies if a person is over 21 without also revealing additional information that is commonly included on IDs, such as a home address.

Aside from providing a simple mechanism to monitor and verify ownership of an item, asset tokenization will eventually allow them to be used in a variety of decentralised finance applications (DeFi).

Individuals will eventually be able to utilise an NFT representing their house deed as collateral on a DeFi protocol, allowing them to borrow funds to use elsewhere in a way akin to refinancing.

The tokenization of larger assets, such as a hotel or a luxury yacht, allows for fractionalized ownership, allowing those who would not otherwise be able to acquire such an object to participate.

There is no limit to what may be tokenized and tracked on a blockchain, and it’s likely that many kinds of assets, including stocks, bonds, artwork, rare collectibles, and luxury products, will be represented in NFT form at some point in the future.

Blockchain technology’s data-keeping capabilities allow the whole history of a piece of IP to be documented and timestamped, allowing for irrefutable ownership. Similarly, data for a patent or invention can be stored in NFT form on a blockchain, providing a mechanism to secure and validate ownership.

Programs for ticketing and rewards

The creation of tickets or passes to events is one use case for NFTs that is already being investigated and implemented in entertainment venues throughout the world. Because of the ability to create an endless number of unique NFTs, venues such as music halls and sports arenas can issue NFTs that can be readily validated or transferred.

The widespread use of cellphones has enabled digital ticketing, and the addition of NFT technology will help to make the process more efficient and trackable.

Companies can create rewards programmes in which individuals are given NFTs to log purchases or actions within the organisation in order to earn incentives. Rather than distributing physical cards or tracking activity by phone number, which exposes sensitive personal information, actions can be recorded using an NFT that is scanned without giving any additional information.

Special memberships
Finally, NFT technology can be used as a general utility token that serves a specific purpose, such as certifying membership in an exclusive club or granting access to a certain service.

This is a feature that a number of NFT projects already use, where they have a website or Discord group that can only be accessible after confirming ownership of an NFT from that collection.

This concept has a wide range of uses, from content creators giving fans exclusive access to songs provided they have an NFT issued by that musician to secret societies granting access to their holy archives to rare NFT holders.

The NFT Project Brings Madonna and Beeple Together

My daughter was slain in front of my eyes. This is why the video was turned into an NFT.

What Exactly Is OpenSea? The Most Popular NFT Marketplace: A Guide 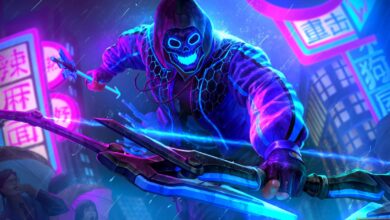