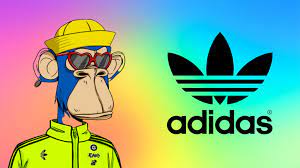 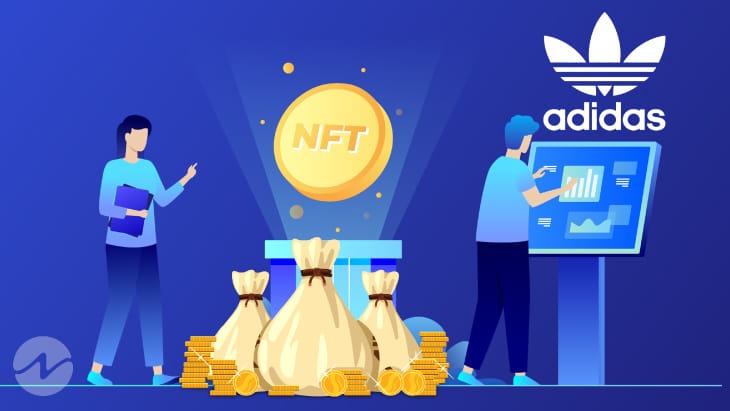 Adidas is poised to launch a wide metaverse strategy that partners with some of the hottest names in the budding metaverse community and leans heavily on the hypebeast playbook, following weeks of planted leaks. Limited-edition drops and scarcity (NFTs grant access to physical products); culturally relevant logos (including profile pictures, or PFPs, of Bored Apes, whose high-profile owners include Jimmy Fallon and Steph Curry); exclusivity and community (access to metaverse experiences); and zeitgeisty collaborations are all part of the complex project (Adidas is tapping into existing communities with in-built hype).

Adidas Originals, the German sportswear giant’s fashion and lifestyle branch, is creating an NFT collection of both physical and digital products, which will be sold on December 17 and available in 2022. The collection is being revealed through digital and physical comic books, which were made in partnership with a slew of popular metaverse figures, including PFP sensation Bored Ape Yacht Club (BAYC), NFT influencer Gmoney, and comics series Punks Comics.

The Adidas NFTs are offered on the Adidas website through a metaverse destination. The pricing had not yet been established at the time of publication, but it was expected to be equivalent to premium fashion costs (a spokeswoman stated, “we are still fine-tuning some features to guarantee that when they drop, it is the best possible answer for our consumers”). A special NFT badge (called a POAP, or proof of attendance protocol) is given to persons who are already members of the Adidas drop app, named Confirmed, to confirm their early presence; only 8,000 were provided. This offers them first dibs on the NFT “Into the Metaverse.”

Owners of the NFTs, of which an unspecified number will be granted, will receive digital stuff to wear in the metaverse environment The Sandbox (with other platforms in the works), as well as unique access to physical products to wear in real life and special digital and physical experiences. Adidas also bought 144 virtual land pieces in The Sandbox, which it will fill with content and experiences.

“It’s the polar opposite of the traditional business strategy, where we manufacture stuff and hope people will buy it,” explains Tareq Nazlawy, Adidas’ senior director of digital growth. “You aren’t just purchasing a product. You’re about to become a member of this group.”

The metaverse is thought to be crucial to the next generation of the internet, often known as Web3 or Web 3.0. It is linked to the concept of the “open web,” whose principles include decentralised information and the same anti-establishment feeling that gave rise to blockchain and cryptocurrencies. Exclusive clubs and NFT influencers already rule the roost, and communities are constantly on the lookout for imposters preying on the crypto-rich. To that purpose, Adidas enlisted the support of a zeitgeisty collection of collaborators to help define its metaverse voyage.

According to Erika Sneyd-Wykes, vice president of brand communications at Adidas Originals, partners like Gmoney, Punks Comic, and BAYC play a crucial role in helping Adidas penetrate the metaverse “in a genuine way.” Punks creator Sean Gearin is recognised for campaigning for an open and inclusive metaverse that is accessible to everyone, and he has the potential to create intellectual property around crypto-native products, whereas Gmoney is likely to attract a wider audience, according to Sneyd-Wykes. “Right now, there’s definitely a gold rush,” she admits. “However, we want to be extremely cautious about how we do it and leave the door open for those who are adding value,” Sneyd-Wykes says, adding that the chosen partners will assist Adidas in “adding to the shared community ideals” of Web3.

They’re also a means for Adidas and Nike to keep their “cool” image. On the heels of creating a virtual Nikeland in the metaverse platform Roblox, Nike announced the acquisition of buzzy metaverse-centric startup Rtkft earlier this week. Rtfkt has become regarded as the “Supreme of Digital Fashion” in less than two years, with $90,000 digital sneakers selling out in less than seven minutes last October and $3 million in NFTs selling out in less than seven minutes this spring. A recent avatar collaboration with artist Takashi Murakami brought in approximately $65 million in sales. Cathy Hackl, chief metaverse officer of the Futures Intelligence Group, recently told that acquiring Rtfkt “signals Nike’s intention to continue to be pioneers in the Web3 age.”

Legacy sportswear companies are piggybacking on existing communities rather than launching their own PFP projects or independent virtual worlds by working with existing players. Even attracting high-profile collaborators is a challenge; Gmoney, for example, frequently declines brand collaboration invitations.

According to Punks Comic’s Gearin, this distinguishes Adidas. “I’ve seen other firms enter the sector in a more traditional corporate structure, and it’s not appreciated by communities in the Web3 environment,” he says. “It’s about curiosity and wanting to develop new things in a way that produces value not only for yourself but for the broader community.”

Nike’s metaverse projects share a similar sentiment, but the differences in execution highlight how uncharted this virtual terrain remains: Nike has yet to issue its own NFT, but visitors can compete in games and try on iconic Nike, Jordan Brand, and Converse pieces in a digital showroom in its free “Nikeland” on metaverse platform Roblox. Through many recent trademark registrations, Nike has also signalled its aim to sell virtual branded sneakers and apparel.

Progress has been far faster than expected, resulting in an excitement quotient that favours shoes and streetwear. The Adidas proposal took nine months to create, so by March, discussions were underway. In May, the first luxury NFT, a Gucci art film, was announced. Since then, the fashion and beauty sectors as a whole have gained traction. NFTs have been issued by Louis Vuitton, Burberry, Nars, Givenchy, and Clinique. In just a few months, Balmain has started three NFT projects.

Money and its worth in the market

According to Morgan Stanley, the metaverse promises an appealing space for future growth for brands, with metaverse games and NFTs expected to account for 10% of the luxury goods industry by 2030, representing a €50 billion revenue opportunity.

Pricing digital things, such as NFTs, is difficult since overpricing them risks alienating a receptive audience. Underpricing them or putting them up for auction risks giving the impression that the brand is being devalued. That’s why Clinqiue and Louis Vuitton choose to give away rather than sell their NFT lines, and why Gucci and Ralph Lauren charge significantly less for digital products in Roblox than they would in real life. (Nike uses a similar method when it comes to physical sneaker releases.)

Adidas is still working on a pricing structure, even at this late date. “If you compare it to a Bored Ape NFT, for example, you could be looking at tens of thousands of dollars just to get access,” adds Adidas’ Nazlawy. “Our NFT will be a little more inclusive than that; it will be more in line with premium fashion price points.”

When someone buys an Adidas NFT, they can price it and sell it for whatever the market will bear; access will then be transferred to the new owner. Gucci’s Roblox bags, notoriously, eventually resold for more than their physical equivalents, while Burberry’s NFT avatars for Blankos Block Party were resold for eight times their original worth. With a penchant in “collecting, trading, and flexing,” Nazlawy compares the crypto market to streetwear.

“Everyone wants to get on board the [NFT] train, but no one knows where it’s headed.” “Don’t just be there for the sake of being there.”

As a result, the next generation of brand NFTs are dynamic – owning them comes with a set of privileges that are both described and promised. Clinique and Balmain’s newest NFTs, for example, include benefits that are gradually introduced. Many brands, according to Gmoney, regard NFTs as merely static digital collectibles. He claims that NFTs are “more than just art.” “In the short to long term future, they will be prevalent across civilization.” Adidas wants their NFTs to be useful, as this fosters a sense of belonging to the brand – at least as long as the community keeps the NFT that grants access.

Brands may go farther into gamification by using the metaverse and virtual spaces, according to Chris Twining, global digital account director at Dentsu, who cites Nike’s new Roblox environment as an example. There’s also the possibility for brands to release limited-edition items that won’t be scooped up by bots. Telfar Clemens, the fashion designer, has already embraced this approach with his new channel, Telfar TV. Through token or NFT ownership, brands can rethink their membership strategies, according to Twining. “Given how significant Adidas is to the streetwear scene, I can see them growing it out around users with a POAP who have exclusive access to both physical and digital events.”

Adidas intends to expand the usability of its NFT over time in order to provide benefits to its community. “One of the most fascinating aspects of this technology is that you don’t have to make a decision right now.” “Having a ticket that allows you to enter,” Nazlawy explains.

Adidas stans are all-in even if there aren’t any obvious benefits. On November 17, Adidas announced their plan to enter the metaverse with the POAPs on its app, offering 8,000 free Adidas digital tokens of unknown worth as a prize. “Despite the fact that no one knew what it was for, people were immediately speculating on its worth.” Even though no one knows what the secondary market is for, there is already a lot of trade going on. That completely astounded us.”

On The Sandbox, you may expect a lot of those kinds of encounters. “It will be a location at the crossroads of culture where people can come together around sport, entertainment, or music,” says Andrea Nieto of Adidas’ Design Futures team. “It’ll be our playground where we can put our ideas to the test and collaborate with our community.”

In 2022, below is a list of the best Cardano NFT projects.

NFTs are the latest rage in campaign fundraising in the United States.